The purpose of the PAC is to discern emerging realities of religious life... to suggest speakers for programs and to suggest topics for webinars and other offerings.

The Conference re-established the Program Advisory Committee (PAC) in September 2021 to advise, discern alongside, and guide the RFC in offering quality, innovative, timely and relevant programs.

The purpose of the PAC is to discern emerging realities of religious life, to advise the Program Manager regarding revision of current programs and creation of new offerings, to suggest speakers for programs and to suggest topics for webinars and other offerings. 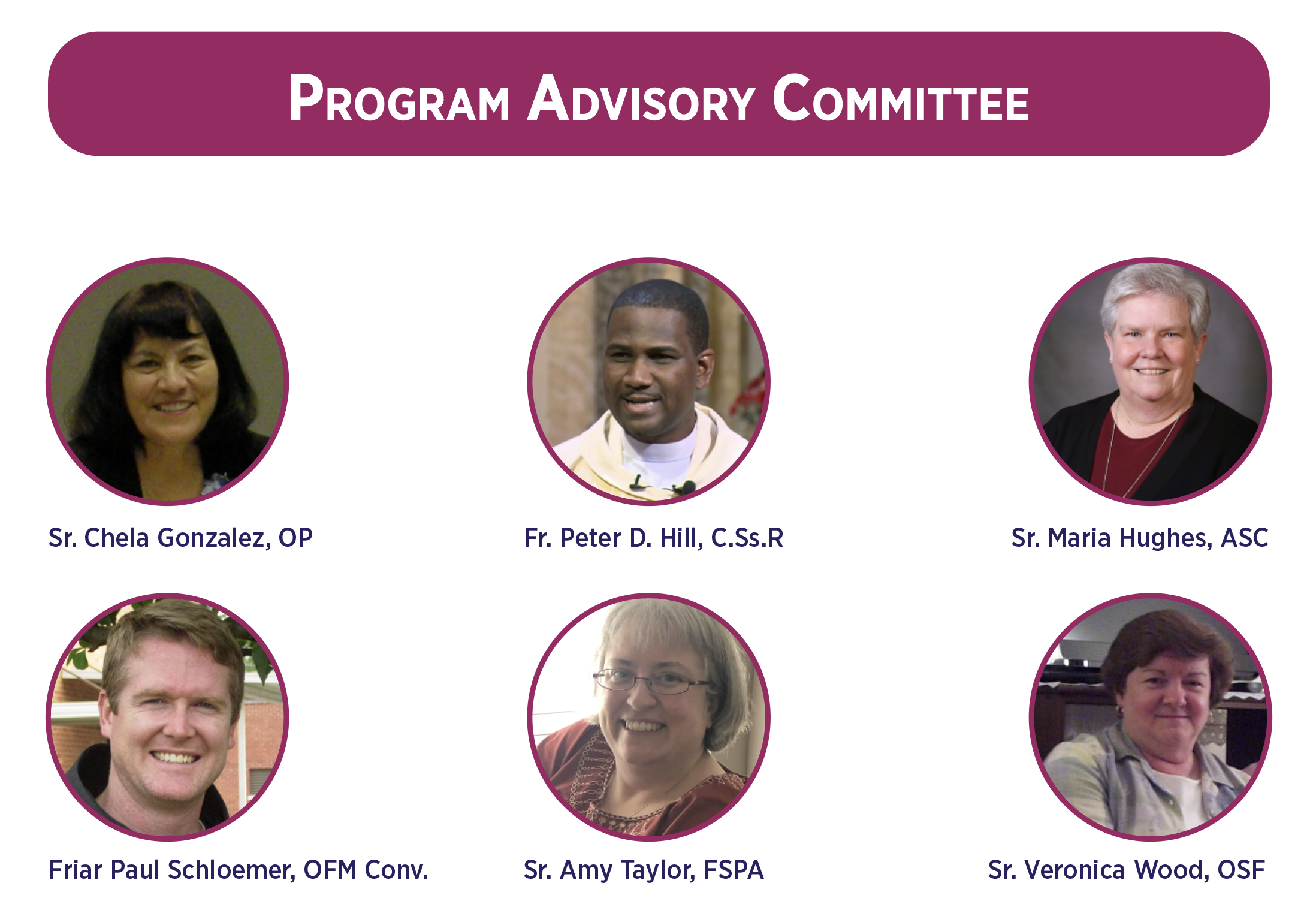 Sr. Chela Gonzalez, OP is a Dominican Sister from Grand Rapids, and has over 30 years in a variety of ministries at both the parish and diocesan levels. Her ministerial experiences include Permanent Deacon Formation, Theological Field Education and Catechetical Formation. Her current ministries are Vocation Director for the Dominican Sisters (Grand Rapids), Sister IT Support and is a pastoral consultant for Renew International.

Fr. Peter D. Hill, C.Ss.R. is a Redemptorist from the Caribbean Island of Dominica. He is currently the Co-Director of Formation at the North American Redemptorist Formation Residence in San Antonio, TX. Fr. Peter holds a D.Min in preaching from the Aquinas Institute of Theology in St. Louis. MO.

Sr. Maria Hughes, ASC is an Adorer of the Blood of Christ and currently ministers on her U.S. Region (province) Leadership Team. She has been an active member of LCWR and has served on the Board, as Region 8 Chair, and on the Contemporary Religious Life Committee. She's also collaborated on the national level with the Religious Formation Conference (RFC) and the National Religious Vocation Conference (NRVC). She holds a MS in Educational Administration from Duquesne University in Pittsburgh, PA.

Friar Paul Schloemer, OFM Conv. is an ordained member of the Province of Our Lady of Consolation of the the Conventual Franciscans. He served for seven years as Vocation Director before moving into Formation ministry in 2014. He is currently the Post-Novitiate Formation Director in San Antonio, TX.

Sr. Amy Taylor, FSPA currently serves on the Ongoing Formation Team for her congregation of the Franciscan Sisters of Perpetual Adoration. Some prior ministries include Director of Membership(vocations), Pastoral Associate in parishes, Retreat Coordinator and Campus Ministry.

Sr. Veronica Wood, OSF ministered in the field of secondary education for 35 years, as a teacher of Mathematics and later as an Administrator. Currently she is the Formation Director for the Sisters of St. Francis of the Neumann Communities. Veronica completed the ForMission program in June 2017, and she is an active member of the RFC Lake Erie/Ohio River Member Area.